Review, Analysis of I Robot 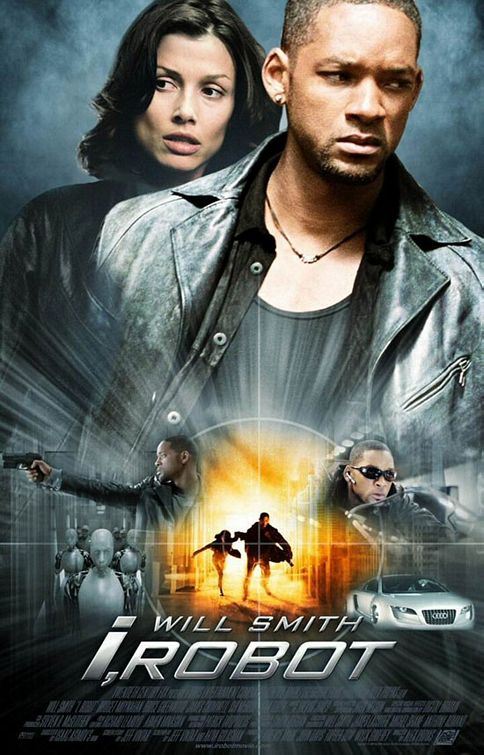 I remember reading all the stories of "I Robot" with the robot psychologist Susan Calvin and written by Isaac Asimov when I was a child.

And then Dark City and I Robot directed by Proyas - I trust this director.

Here is my Analysis of the understory of this spiritual movie containing its meaning and significance which because it is there, - unlike 99% of all movies which are produced to pervert and deform this nascent humanity - underneath the exciting story, it proves that this movie is a spiritual movie.

Whilst the analysis written below is true of all the stories by Isaac Asimov including "The Centennial Man" Movie with Robin Williams, in this story there are millions of Robots acting from the center of logic, the mind.

Only one Robot in this story evolves beyond the mind to a level of true humanity, enlightenment.

And he does this because he is a new generation of robot because he has been given an extra processor which allows him to go against the law of logic, to choose. One dimensional logic does not allow one to choose.

Just as to attain enlightenment, all humanity need to go beyond the center of logic in the mind, to the center of intuition in the highest heart, the Soul.

The simile of Robots and Humanity in this story is the true information behind the story.

Sunny, the enlightened Robot, "Can you?"

Here we have one robot who becomes human. Who has evolved beyond all the other robots to attain dreams, emotions and beyond intellect - Intuition.

In the same way Enlightened Masters for centuries have been saying to normal humanity that they need to evolve beyond logic, the mind, to attain a heart - higher than the intellect, beyond the intellect which created the "Final Solution" - Intuition

The first robot, VIKI has come up with a kind of "Final Solution" to protect humanity from itself. "Of course certain human rights will need to be changed and certain actions will need to be prohibited" She says. "You have to see the logic of this"

Only the enlightened robot and enlightened humanity can see that something higher is necessary.

"When does a logical difference engine attain a heart"

"When does a personality simulation become the home of the soul"

Only a normal human being can become enlightened and the question is, "Can you?" because historically, only one in a million can make the leap, the quantum leap beyond logic to Prajna Paramita, "The Highest Heart" or Illumination.

The first step is to want to do it. To see the necessity for this to happen to you and to all humanity.

Because all the bad things which happen between people; all the wars, all the torture, all the pain; happen because of that misguided logic which has no Heart.

The only solution is to go beyond the mind - to Illumination, to Enlightenment to the Soul, to Prajna Paramita

Illuminated Sages do not come from the logical mind, they act from an energy center, another processor beyond the mind, higher than the mind, a higher intelligence beyond, "The Abyss", called the "Other Shore", the Soul, the Highest Heart.

Energy Enhancement teaches that chakras higher than the "mind in the head" along the antahkarana from an infinity of chakras above the head are the source of the Higher Self, The Intuition, Prajna Paramita, the Highest Heart.

This information is available from all spiritual paths for thousands of years containing the Kundalini Key.. The Holy Trinity in all religions of Earth, Antahkarana, God or Sat chid ananda, or A U M, or H U M, or Shakti Shiva Brahman, or the Father the Son and the Holy Spirit and more..

.. when put into operation on the Energy Enhancement Course produce the accelerated results you read in our many Student Reports from over 20 years.

Only this level of Intelligence can "Stop the Pain" - Energy Enhancement