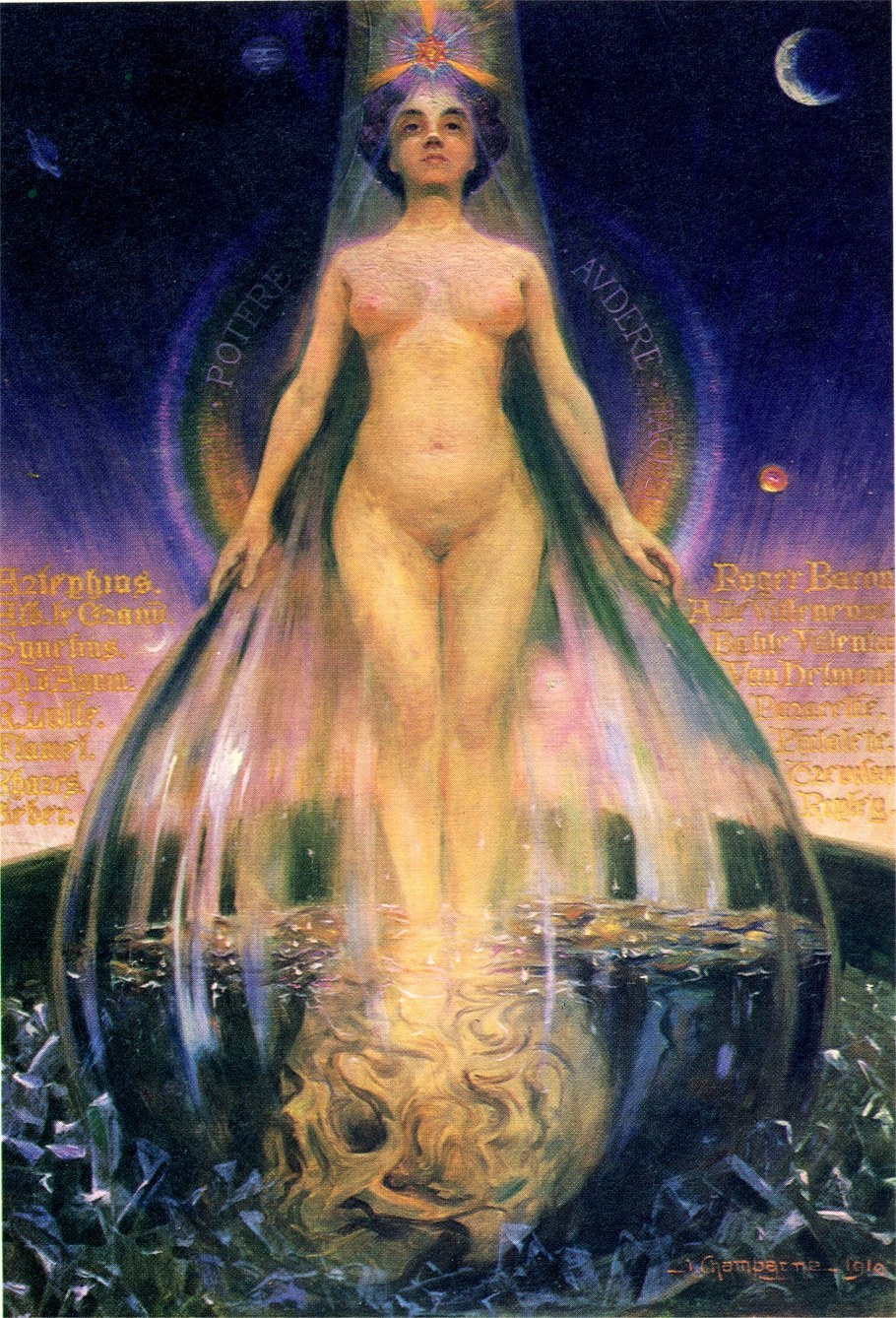 KUNDALINI CHAKRA AND THE SECRET OF IMMORTALITY

ALCHEMICAL VITRIOL - ABUND YOURSELF!! CONNECT WITH THE INFINITE ENERGY OF THE EXTERNAL CHAKRAS

AND CONTACT WITH KUNDALINI CHAKRA IN THE CENTER OF THE EARTH WHOSE NUCLEAR FIRES CAN BURN UP EVEN THE DEEPEST KARMA!!

VITRIOL and Anchoring the Grid System of Mother Earth

VITRIOL and Anchoring the Grid System and the ANTAHKARANA COLUMN, MASONIC ALCHEMICAL JOACHIM AND BOAZ, DNA

"Creating the Golden Head" is a Sufi phrase which comes before Illumination. It refers to the practise of Samadhi (Sam - with, Adhi - the Light) burning out all the Impurities.

THE CENTRAL SPIRITUAL SUN, THE ANTAHKARANA AND ALCHEMICAL VITRIOL

LINKED ARTICLE - CLICK HERE... THE DIVINE PYMANDER KUNDALINI DRAGON - THE DIVINE KUNDALINI DRAGON, PYMANDER, OF HERMES TRISMEGISTUS TALKS OF ACCESSING THE CHAKRAS ABOVE THE HEAD ON THE WAY TO ENLIGHTENMENT, DIVINE PSYCHIC POWERS AND GOD.

"I am now in the last week of the course and I feel like a totally different person. I have regained myself and have been given from nothing having no psychic vision at all at the start of the energy enhancement course, a clarity of psychic vision that is breathtaking."

"As we practiced on each other with Energy Enhancement Level 4 techniques - Energy Connections and the Mastery of Relationships and How to remove Energy Blockages and Implants from our Students - we came very quickly to realise this. I could literally feel the energy moving inside each chakra as the other person worked within me from several meters away and when I worked on the other person I could see me projecting energy to them and could see where the blockages were within their chakras.

I could force the energy from my centres into their centres and clean their centre bringing the energy full circle back to me. You could tell the state of their chakras by the amount of energy returning to your own centre and this was achieved by mind power only.

Before I came here to learn Energy Enhancement Satchi said he would teach me to do it in this way and I was sceptical about this claim. I could never envision me having psychic vision, but I have now, I can now do astonishingly powerful Reiki sessions on people without going any where near them and distance healing over any distance is a piece of cake, incredible stuff."

"I am totally de-stressed and have expanded in every way. I feel stronger and fitter and much more mentally agile than I have ever felt in my life. The fog and confusion of life has gone and I feel that I have just received the inside information on everything. I am ready for anything and am wide awake. I am full of the most incredible energy imaginable and have Energy Enhancement Reiki that is so powerful it staggers me. I know a thing or two about Reiki and had a very strong Reiki connection before I got here, now I have a connection that is beyond description and I have yet to undergo the second initiation this week and then the masters. I have opted to take this as an extra and for anyone who is interested, I believe this is beyond anything you will ever experienced anywhere."

I am now equipped with life tools and healing tools that one only dreams of and there is nothing out there in the world that will ever faze me again. I am absolutely delighted that I decided to come here, because this experience has changed me, for the good of me and for all those that I will touch when I leave here. I am so excited and can’t wait to start exploring my new found talents"

The Process of Purification

The process of Your evolution as well as that of the world and all the people in it is that of Purification.

We are a higherarchy of Functions mixed with Trauma – Formed Negative Karmic Mass and these Functions which are composed of ordered Colonies of Angels are what underly the Physical Body, The Emotional Body, the Mental Body.

And also these Angel Colonies form the Spiritual Bodies which exist above the Crown Chakra and the center of the Universe.

It is the dense energy of Evil Trauma – Formed Negative Karmic Mass which separate, wall off, stripe through and disorder these talent functions within themselves and which cause these functions to act with an evil egotistical interest separated from the energy of God in the Center of the Universe.

It is the dense energy of Trauma – Formed Negative Karmic Mass which forms the ego which separates, walls off,  these talent functions from the energy of God in the Center of the Universe and from each other.

Thus the many histories of Dissociative Identity Disorder and Multiple Personality Disorder as many personalities can exist in One Mind as the various sub – personalities, separate minds, become walled off within the one mind by the evil Trauma – Formed Negative Karmic Mass.

MPD and DID are the problems caused by and associated with the Organ Kundabuffer (Kundabuffer is an Energy Blockage which walls off one part of the Body or Emotions or Mind from another part), as Gurdjieff said, which cause all the problems of Humanity in this world.

Thus Gurdjieff said, “The guy who says he will get up at Four in the Morning is not the same Guy who throws the alarm clock out of the window!”

This reality is what powers the dark Side, “Divide and Conquer” said the Romans.

As one human being becomes infected with Trauma – Formed Negative Karmic Mass so he becomes more and more evil like a Orc as defined by the Lord of the Rings. He becomes less intelligent, loses the ability to do anything and all his talents become desire filled, grasping, selfish, egotistical, psychopathic.

Because this separative nature of the ego which destroys Love the Will. Because Love and a functioning Will can only be ONE!

Talents have been formed as functions in every human being over many lifetimes these Talent Personalities become refined and really good at their job.

In the Unenlightened these Talents are contaminated by desire, grasping… The Selfish, Competitive EGO.

Then there is the egotistical connector Sub - Personality

Shakespeare actually wrote this play, “The Merchant of Venice” to excite compassion in the Hearts of the audience viewing the play for the Fall of Shylock. Even this Golem who destroys his own life and the life of his family through his evil actions deserves pity.

Enlightenment comes from Purification through..

Normally the Egotistical Business personality only wants money and so allies and aligns only with the impure and the corrupt in some shape or form. As they see the corruption they slowly change their practises higher and higher.

Until that time it is “Business as usual” based on contracts given by local and national government, based on laws created by National Government. For example trillions of Dollars each year are spent on..

Inside every Human Being is the Egotistical Business Sub-Personality filled with Trauma – Formed Negative Karmic Mass  who over many lifetimes has become an expert in money business.

There are psychological tests available to Psychologists which test the amount of Corruption, Trauma – Formed Negative Karmic Mass, or the Propensity for Psychopathy, in any human being.

It is not easy to cheat on these tests which can be given to children, every year, to test that they are being cured of psychological problems by Energy Enhancement techniques.

Children have recorded examinations every year for all subjects. Why not test for psychopathy? Parents can independently test their children to help their future development. They can cure all problems before adulthood with Energy Enhancement techniques. Enlightened countries can do it, mandate it, by decree.

These tests and the records from childhood should become mandatorily transparent for any proposed politician or CEO or Professor in any country in the world, which will totally solve the corruption of the Egotistical Psychopathic Business Sub-Personality filled with Trauma – Formed Negative Karmic Mass.

As the Business sub-personality is purified so it becomes possible to ally or align, place your money with the Highest Energies. It is not possible for the Egotistical Business Sub-Personality filled with Trauma – Formed Negative Karmic Mass to align with any pure person.

The purpose of Humanity is as a mechanism to create Advanced Angels which in the future will radiate the Energy of Love, Second Ray Energies, to the Universe from this planet, which is scheduled to become a Sacred Planet.

The method chosen by the Archangel in charge of this planet, is that of Free Will.

Anything less results in Negative Karma, retribution, bad results for everyone, bad luck.

Free Will results in Evolution. From what we are given at birth, Body, Mind, Chakras, an Antahkarana connection to the Universe, comes the creation of Psychic Mechanisms, talents, to augment and improve on that which has been given.

At first these talents are striped through and surrounded by Trauma-Formed Negative Karmic Mass which is impervious to pure spiritual energies in that it acts like lead to stop the entrance of spiritual alpha, beta and gamma particles. Trauma-Formed Negative Karmic Mass is Ignorance because it cuts you off from that knowledge which is higher than the Mind.

We purify these talents through the Grounding of Negative Energies which burns up Negative Karmic Mass and through the Seven Step Process of Level 2 of Energy Enhancemnent which removes Energy Blockages.

Through the Seven Step Process we also integrate these purified Talents with the higher chakras - thus increasing their size, complexity, and ability to handle more and higher energies, and eventually channel the Energy of Love, the Second ray Energies.

This process of Integration is like fusion of one crystal with another in a "Skull Melt" where we align and integrate the Angel Talents with the Higher Chakras like crystals - the angels become aligned in crystalline matrices - which increases also their speed and purity of purpose.

This fusion process starts with the Astral Initiation of Illumination or Enlightenment when Ascended Masters surround the Initiate and focus the Higher Energies of Illumination on him in order to create this Fusion, which creates a purified crystalline structure which cannot be perverted ever again, between the Soul Chakra and the Crown Chakra and all the chakras below it.

The end result of this is highly talented Angels and Ascended masters who can truly align with the Will of God on this planet.

The Yoga Sutras of Patanjali gives this methodology of Illumination.

Energy Enhancement gives the Experience of doing it!!

This alone shows the Height of your Evolution.

Do Not be Satisfied with Less!!